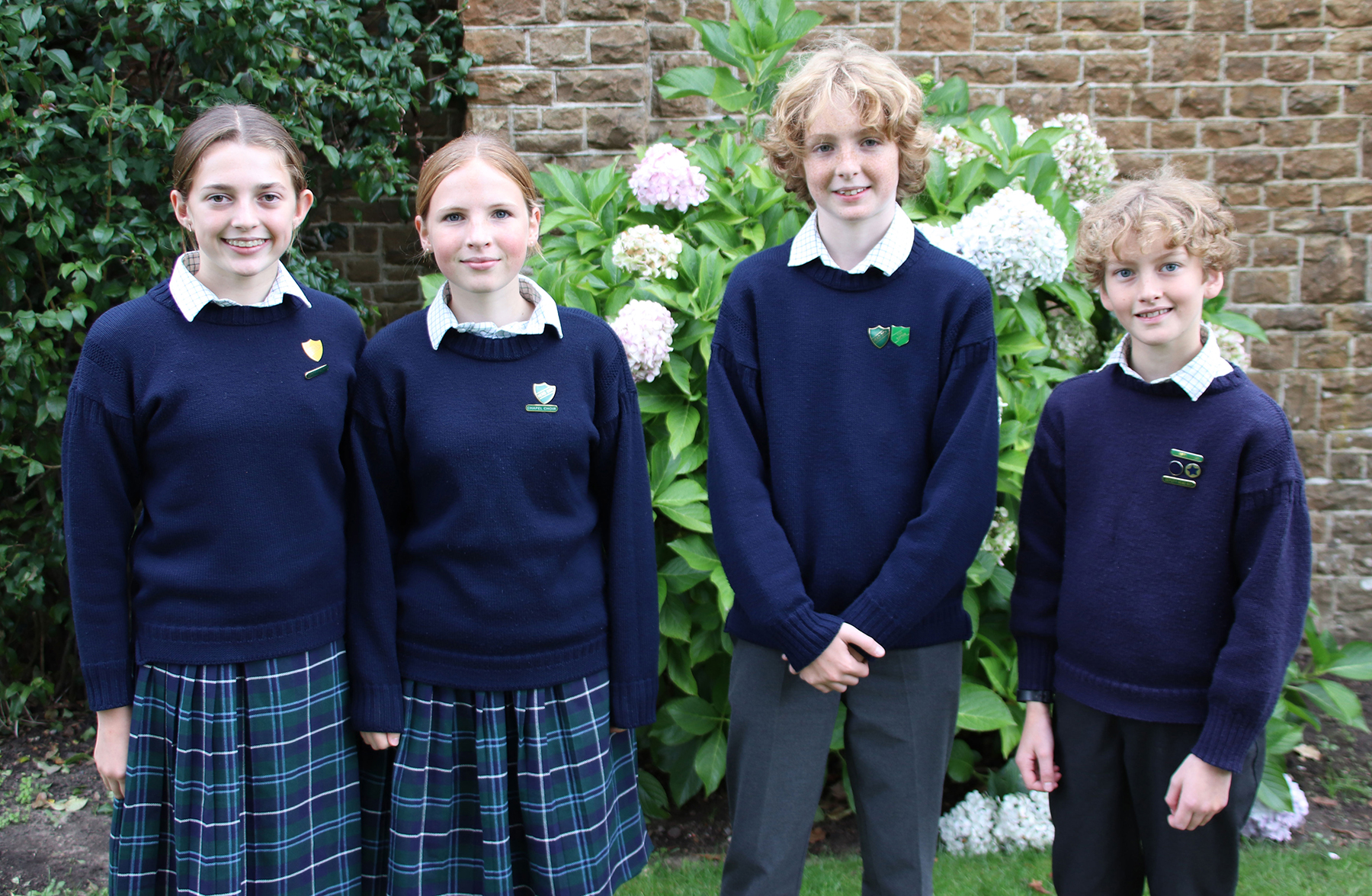 The return to school after the half-term holiday took on extra significance for four pupils in particular this week.

Daisy Green and Luke Woodburn have been named Highfield’s Head Girl and Head Boy respectively and will be assisted by able deputies Kitty Black and Gil Hardwick.

The appointment of the school leadership roles is always taken very seriously at Highfield and Year 8 pupils undergo a thorough selection process in order to land the highly-prized roles.

All pupils are actively encouraged to apply for the prestigious honour and any who decide to must submit a formal letter to Highfield Headmaster Phillip Evitt explaining why they should be considered for the position.

Mr Evitt, Deputy Head Andy Baker and James Figgis (Head of Year 8) then review the applications, draw up a shortlist, hold interviews and select one boy and one girl from the oldest year group in the school for the sought-after leadership roles, as well as their deputies.

Headmaster Mr Evitt said: “One of my favourite tasks in the school year is selecting the pupils to fill the leadership roles, and the reason I am so fond of it is that it’s always such an incredibly difficult job.

It’s truly a testament to the strength, character, quality and ability of the children that we have here that any number of pupils could successfully fill those roles each year

Responsibilities for the Head Girl and Head Boy will include representing Highfield and Brookham at various events and making speeches, liaising with the school council, and showing visitors around the school.

Alongside the appointment of the Head Girl and Head Boy, the school has also named its boarding leaders.

Mr Evitt said: “We are truly blessed with a wonderful group of Year 8 pupils again this year, children who throw themselves wholeheartedly into all aspects of school life, and I know that Highfield is in excellent hands. So, congratulations to the respective heads and deputies on their appointments, and for everyone who was courageous enough to put themselves forward. They really are a credit to our school.”