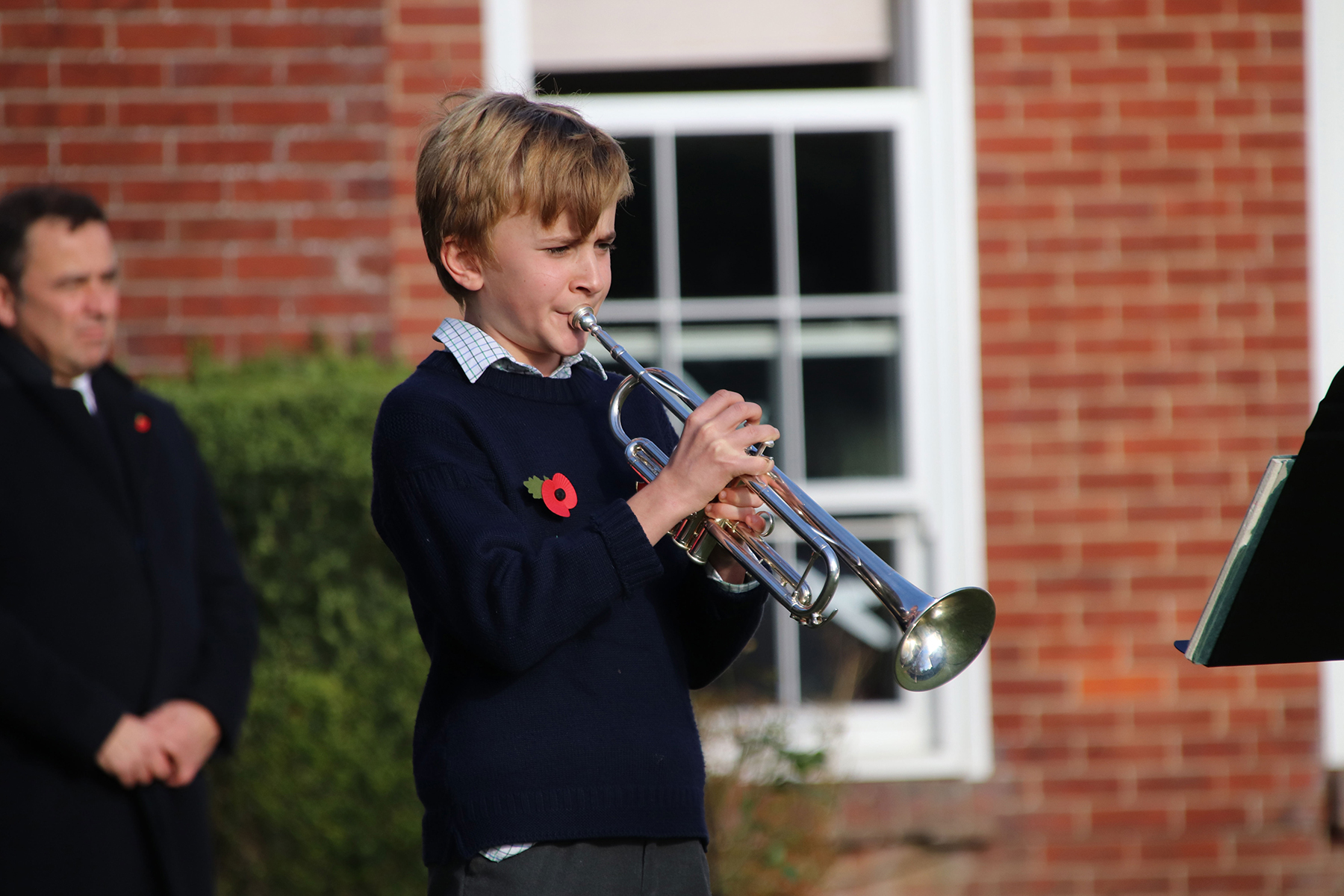 Fallen war heroes have been remembered during a poignant ceremony at Highfield and Brookham Schools.

The names of 69 former pupils who died in service of their country during the two world wars were read out by Highfield Headmaster Phillip Evitt on Armistice Day Ð a longstanding tradition at the historic prep school.

And the two-minute silence was impeccably observed by pupils and staff alike who had gathered at the Princess Anne oak tree to pay their respects to the war dead.

Year 4 pupils, the youngest cohort at Highfield, took pride of place among the front ranks of the assembled children, standing proudly with their glazed red poppies which they had lovingly created in art classes in readiness for Remembrance Day, while Year 8 trumpeter Harry Jowett brought a tear to the eye with an emotional and doleful rendition of The Last Post.

“At Highfield and Brookham Schools, remembering is about more than setting aside a day in a year to remind ourselves of the facts of war and sacrifice made by those who died in the two world wars and subsequent conflicts,” said Mr Evitt.

By living our lives with kindness, consideration and compassion and in striving for peace, we will remember them

Both Highfield and Brookham schools focus on wartime activity and associations in and out of the classroom in the weeks leading up to Remembrance Day, such as learning about the significance of the symbolic poppies, understanding the importance of Remembrance Day and Armistice Day, and the various roles of men, women and children during times of conflict.

And Year 4 children got a glimpse into wartime life as they dressed up as evacuees for a special trip back in time to the Watercress Line, a working railway which has stayed faithful to a bygone era and which has a strong association with wartime activity.

“It’s important that children of all ages have an understanding of the horrors of war and the difficulties that so many people faced, both at home with bombs falling all round and overseas on the battlegrounds of Europe,” said Mr Evitt.

With that understanding comes respect and compassion which, in turn, can hopefully lead to an end to such horrific conflicts in the future

And he added: “It’s always a sense of great pride to me personally to read out the names of former Highfieldians who were killed during the two world wars, and sharing those names to our current pupils, the names of very real people who were schooled on this very site just as they are now, is very special indeed.”