A Thirst For Knowledge

This week, the inquisitive Nursery children have been curious about people who help us. From doctors and nurses helping to heal cuts and grazes to mechanics fixing squeaky bikes they have shown great interest, using their imaginations to role play and problem solve. A bumped knee after falling off a bike fuelled the fire and begged the question how it could be made better. Who could help make it better? What would we need to fix the broken bike? The ever-resourceful children collaborated with each other with great success, finding tools and recalling their own experiences. Through their rich imaginations the children are learning so many new skills to enrich their play and language is being developed through the use of new vocabulary, developing communication and even negotiation skills. They express their emotions and feelings when taking turns and sharing with their peers. The children make independent choices and decisions while developing their curiosity about the world around them.

Reception Children Have All The Ingredients For Learning

A simple activity can sometimes lead to a plethora of learning opportunities, this week it was the based around playdough. On discovering hardened playdough, the enthusiastic Reception children were keen to research the recipe in order to make a fresh batch. Once a suitable recipe was found, the group discussed who was going to measure out which ingredients, which required collaboration when using the measuring tools, while relating learning muscles were stretched when listening to each other and considering ideas. Furthermore, democracy, one of the key British values, was tested when the children voted on whether to include peppermint or caramel flavouring. With the delicious aroma of caramel swaying the vote, other members of Reception were drawn toward the sumptuous smells, but they had to wait their turn for a space at the table. Little fingers rolled, squeezed and flattened the red dough, creating wriggling worms, slithering snails and gingerbread men, which led to further discussions about whether their creatures were herbivores, carnivores or omnivores. Investigations about which shapes weighed more began and the balancing scales were explored by eager mathematicians, who proved they are resourceful learners by linking their learning to what they already know about weight. It seems that the activities involved in using playdough are endless and giving the children opportunities to explore and discover takes them on their own learning journey.

As part of their Science topic on minibeasts, Year 1 spent time researching a variety of creatures and looking at their amazing habitats. The young scientists began by thinking about simple classification by discussing vertebrates and invertebrates, working together to bounce thoughts and suggestions off each other as they sorted the creepy crawlies into different groups. The eager children also displayed great levels of patience and understanding as they allowed all of their peers to have their say and get fully involved in such an enthralling discussion. Back in the classroom, Year 1 learned how to make simple scientific drawings with relevant detail. These activities prompted lots of interesting questions and analysis from the children and we are now looking forward to continuing their minibeast exploration in our outdoor environment next week.

Year 2’s Planetary Focus Is Out Of This World

With appetites suitably whetted from previously basing their learning around their Space fiction text, Year 2 bounced back from half term full of energy and enthusiasm to engage in the non-fiction aspect of their topic. The children were undeterred by the wind in their pursuits to recreate the solar system by daubing graffiti on the outside area using soluble chalk paint. Collaboratively, they learned how to draw a circle effectively by tying some string to a piece of chalk, thereby creating the radius of a circle. Working with their learning partners, it took resilience and reassurance from each other to ensure the string was taut the whole way round in order to draw the outline of their planets. Using a range of materials such as sponges, brushes, rollers, painting sticks and chalk, the children explored colour mixing and created suitable shades for their particular planets. Once completed, delighted Year 2 stood back to admire their work, reflecting on how it looked, what went well and what they would do differently next time. Their cosmic artwork was truly sublime and we are all now hoping for some balmy weather to prolong its presence in the outside area.

Day Of Healthy Activities Fits The Bill For Year 3

Year 3 began another busy week with a Healthy Fitness Day packed full of exciting activities, starting with an energetic cross-country run accompanied by parents and four-legged friends. Returning to Brookham, the children were met with a demonstration on how to make a delicious fruit and vegetable smoothie. What a wonderful way to enjoy spinach at 9 o’clock in the morning! Refreshed, the children headed off to meet the Highfield sports staff for a few rounds of circuit training in the Sports Hall, testing their speed, balance and agility. Everyone loved every second of the circuits, particularly the angled springboards. Having been put through their paces, the children tucked into some healthy Fairtrade fruit skewers brimful of vitamins and goodness. As part of a healthy lifestyle, a healthy mind is just as important. So with this is mind, the children took part in some mindfulness techniques and strategies to ensure they were fully focused and calm. After lunch came the timed Illinois agility test, which looks at speed and athletic agility running around a series of traffic cones as fast as possible. The Year 3 children were fantastic and improved their scores on every attempt. In fact, the majority of our seven and eight-year-old children had the same agility levels as many semi-professional adult sports players which delighted Mrs Oecken, Brookham’s Head of Sport. Hungry once more after such an agile performance, the young athletes refuelled with homemade smoothies, to which they added spirulina, a Mongolian pondweed which gave the smoothies a garish green colour. Throwing assessments and jump tests followed, which allowed the children to develop and hone techniques in order to reach greater distances and increase power. All of these activities really did squeeze every drop of energy out of the children, but they still weren’t quite finished as Heidi Wells, of Wells Healthy and Fitness Ltd, gave the children the chance to unwind with some yoga and Pilates, joined on the final session of the day by some mums and dads. Well done to everybody who helped make it such an amazing day. A long and well-earned rest awaits this weekend.

Year 4 Sweep Aside Cranleigh To End Season On A High 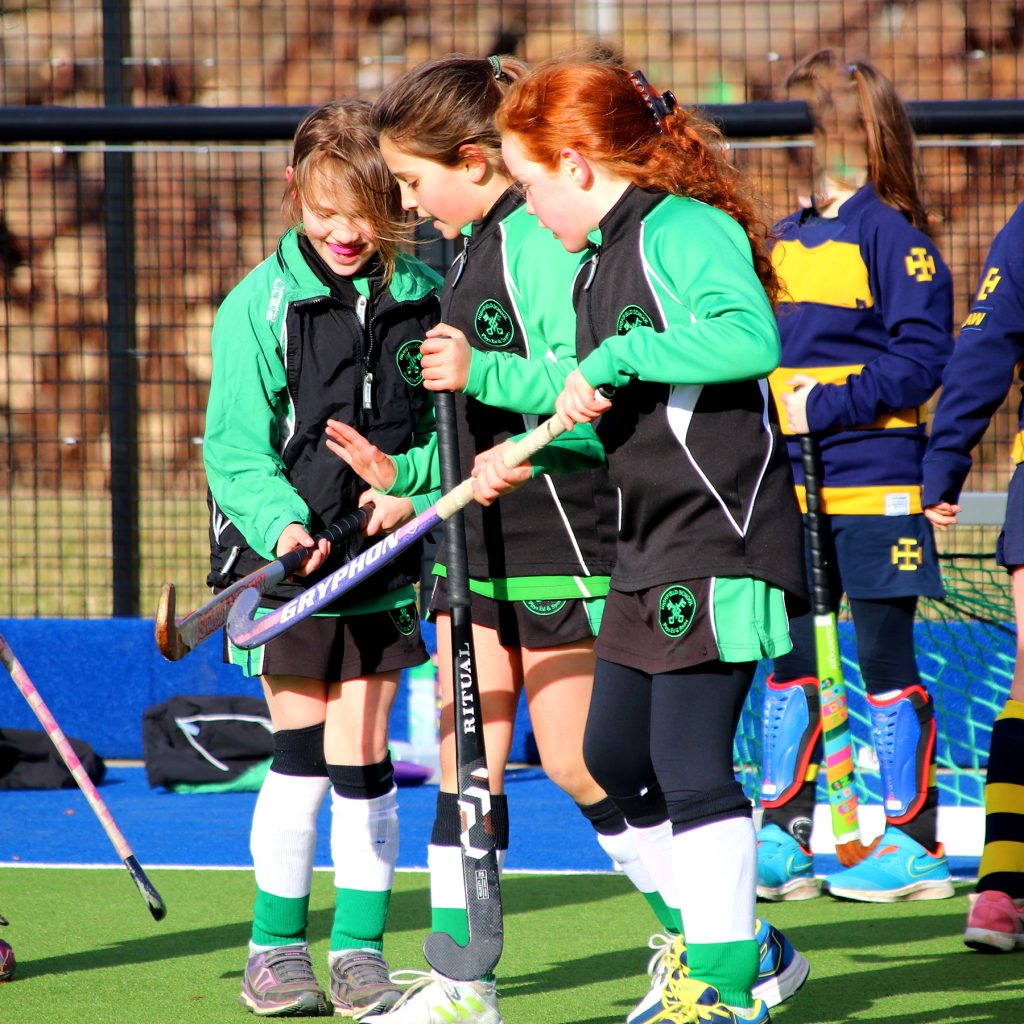 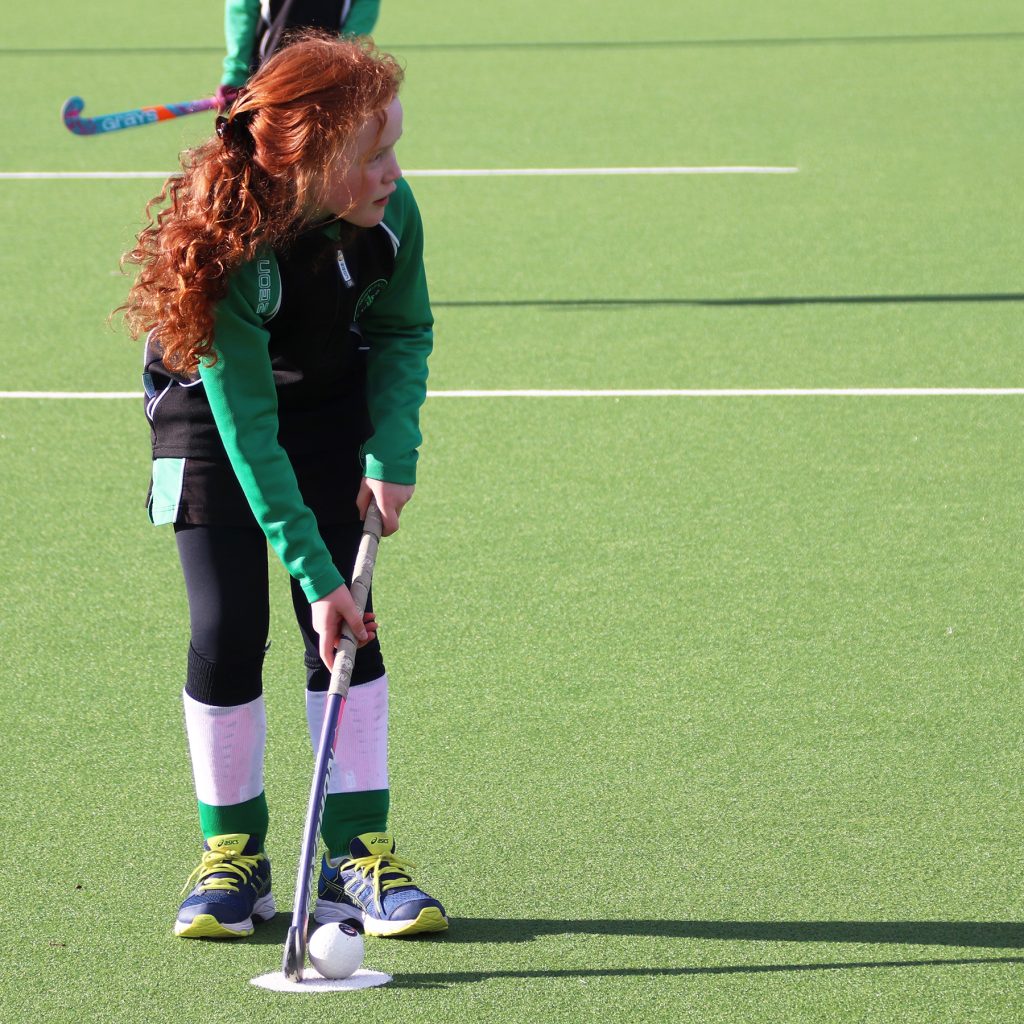 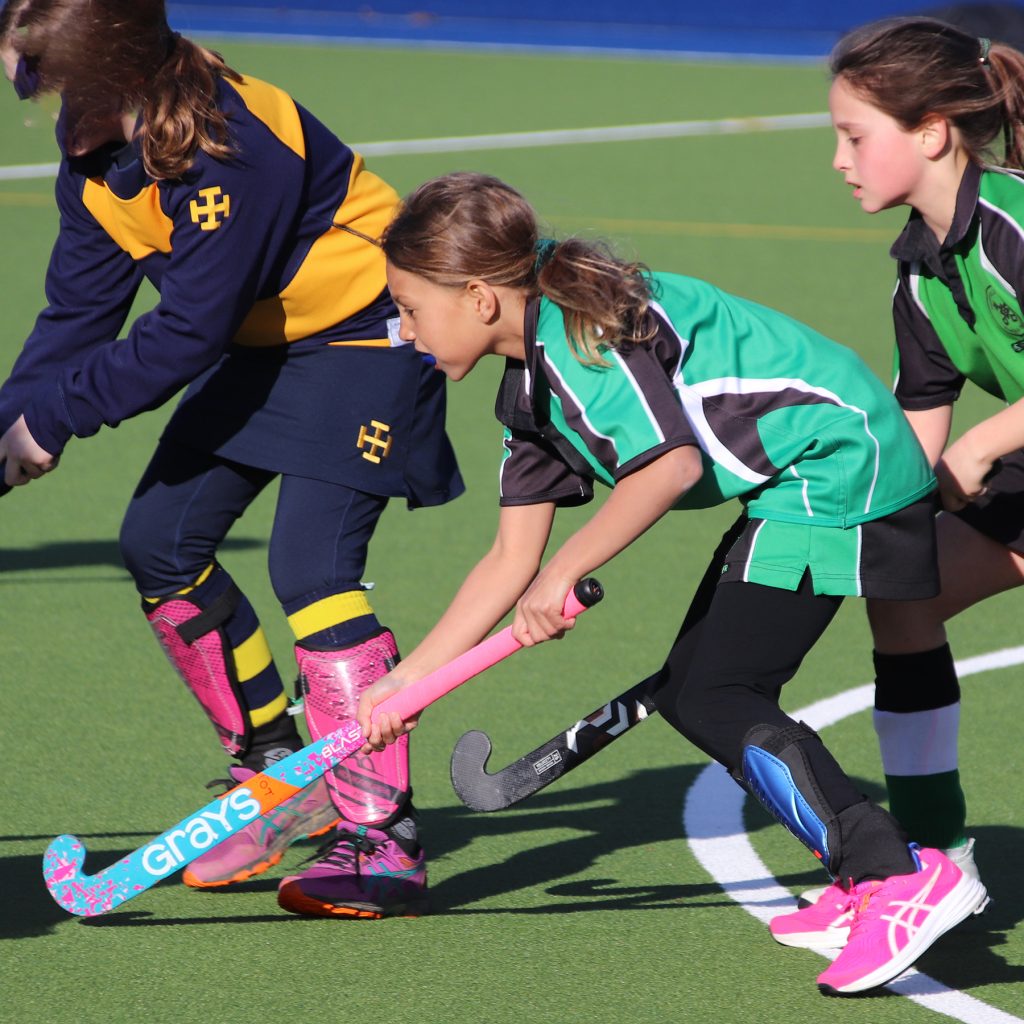 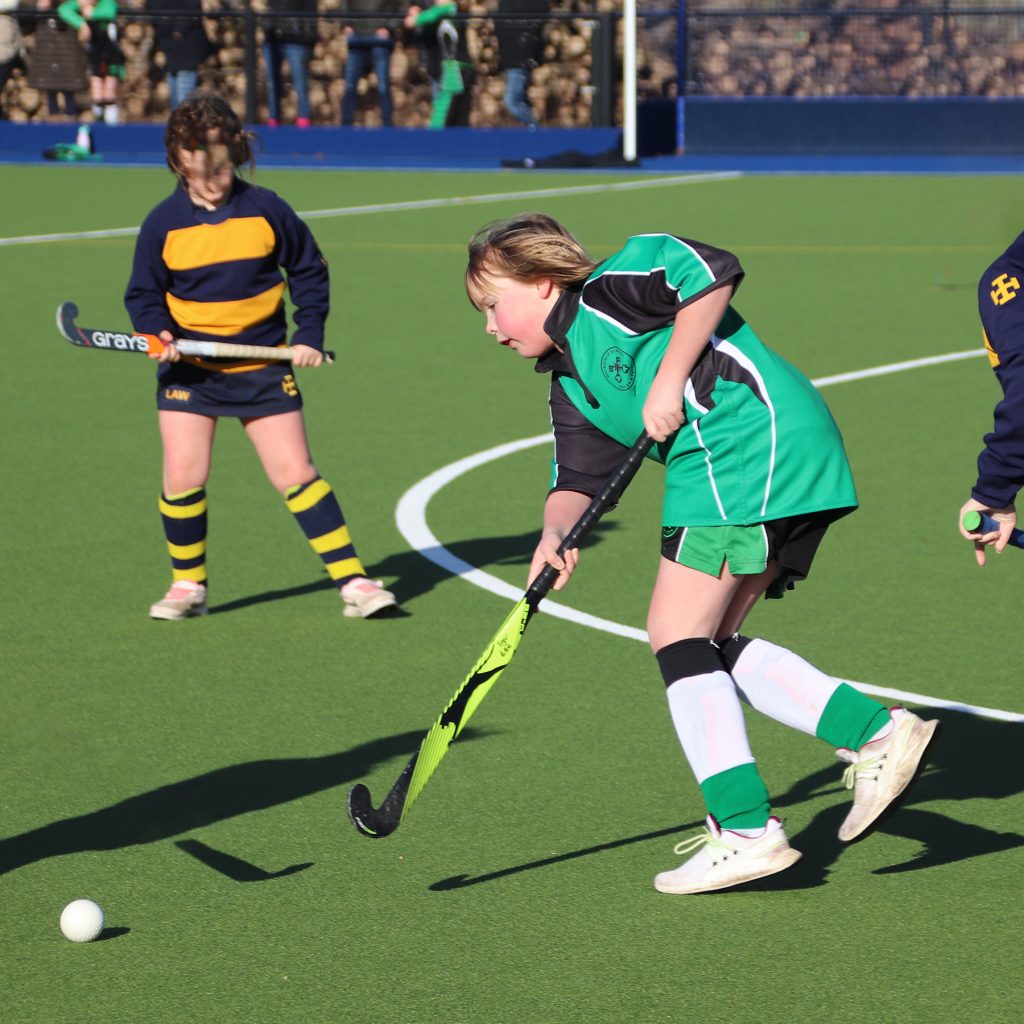 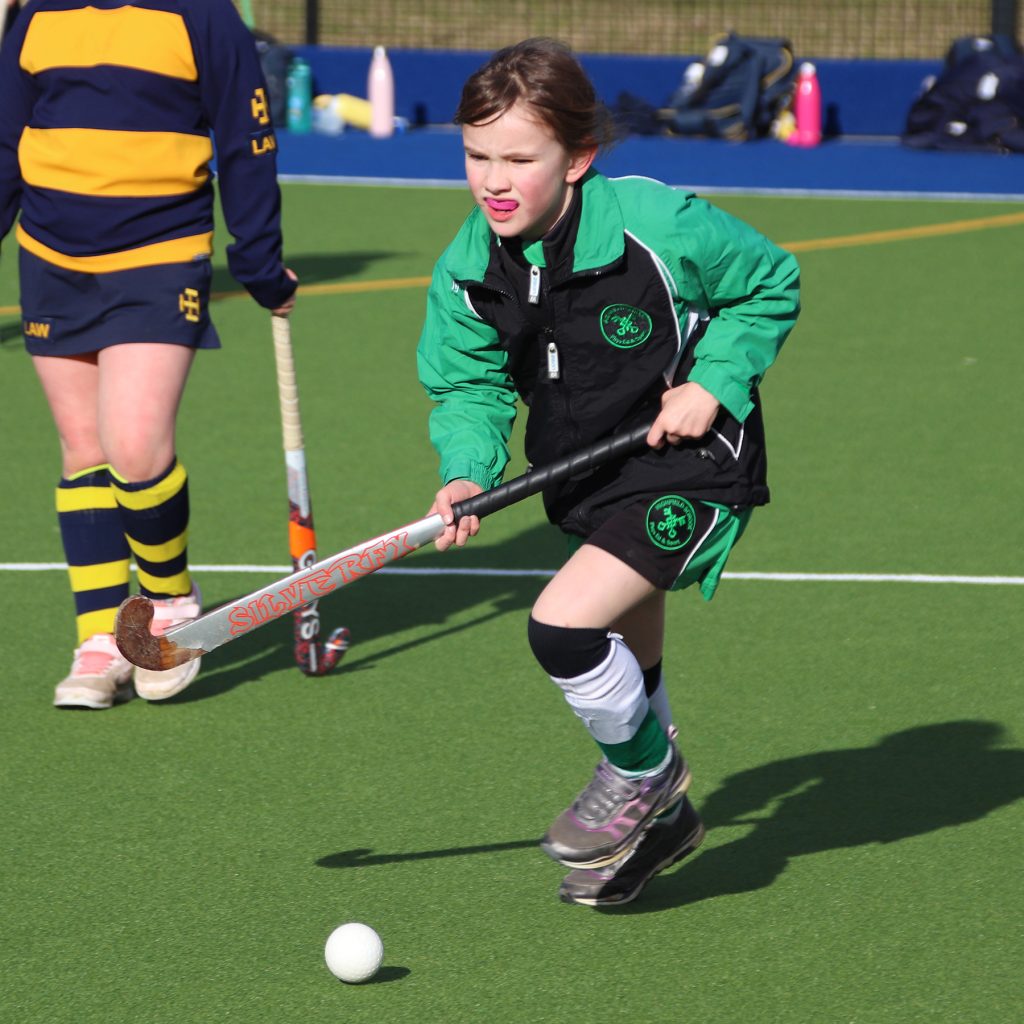 It proved to be a brilliant final fixture for the U9 girls’ Hockey teams on Wednesday. They have all been working incredibly hard on their positioning and passing in matches, controlling the ball early, planning ahead and looking up to pass. And this resulted in great teamwork and lots of goals being scored. The U9A team have had a particularly strong season, going from strength to strength in training, developing and improving their hockey skills, and rarely tasting defeat in matches and tournaments throughout year. This week, a decisive 6 -1 win against Cranleigh ensured that the girls ended the season on a real high. 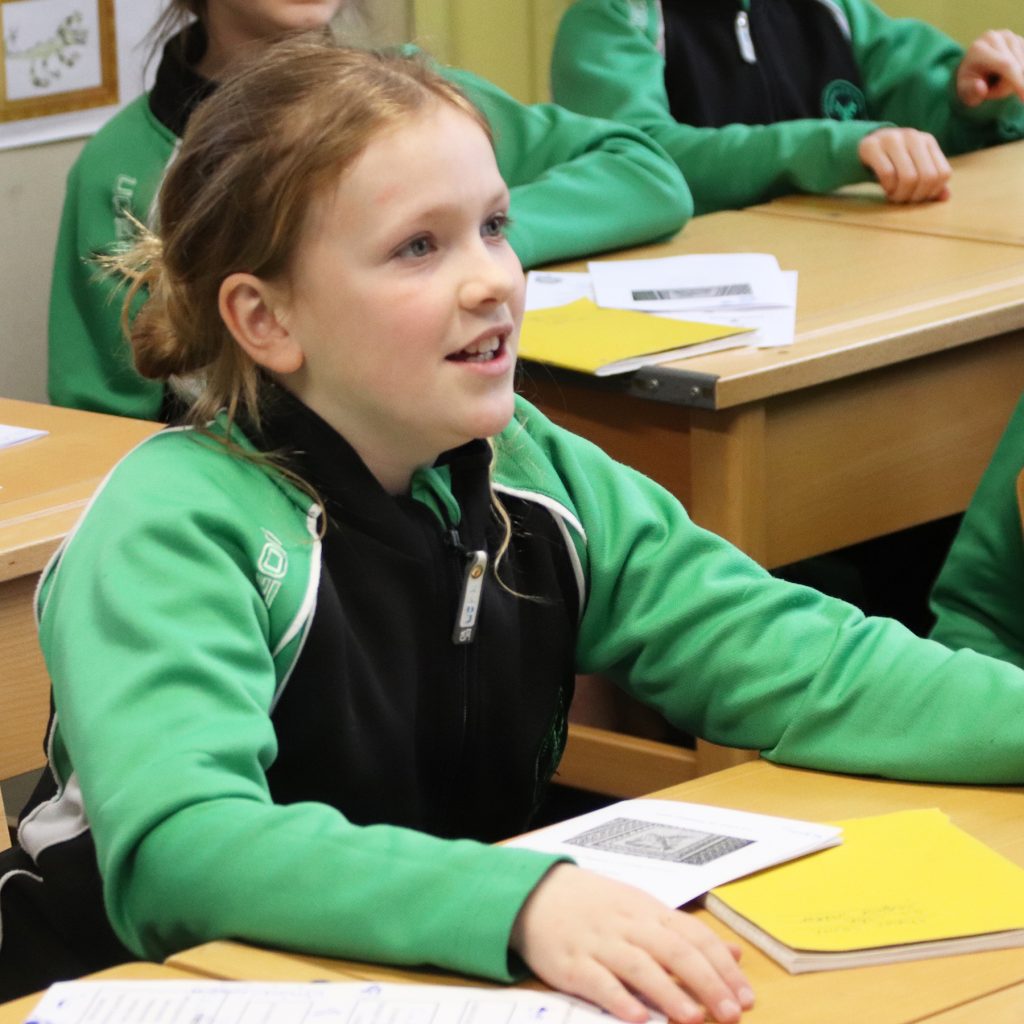 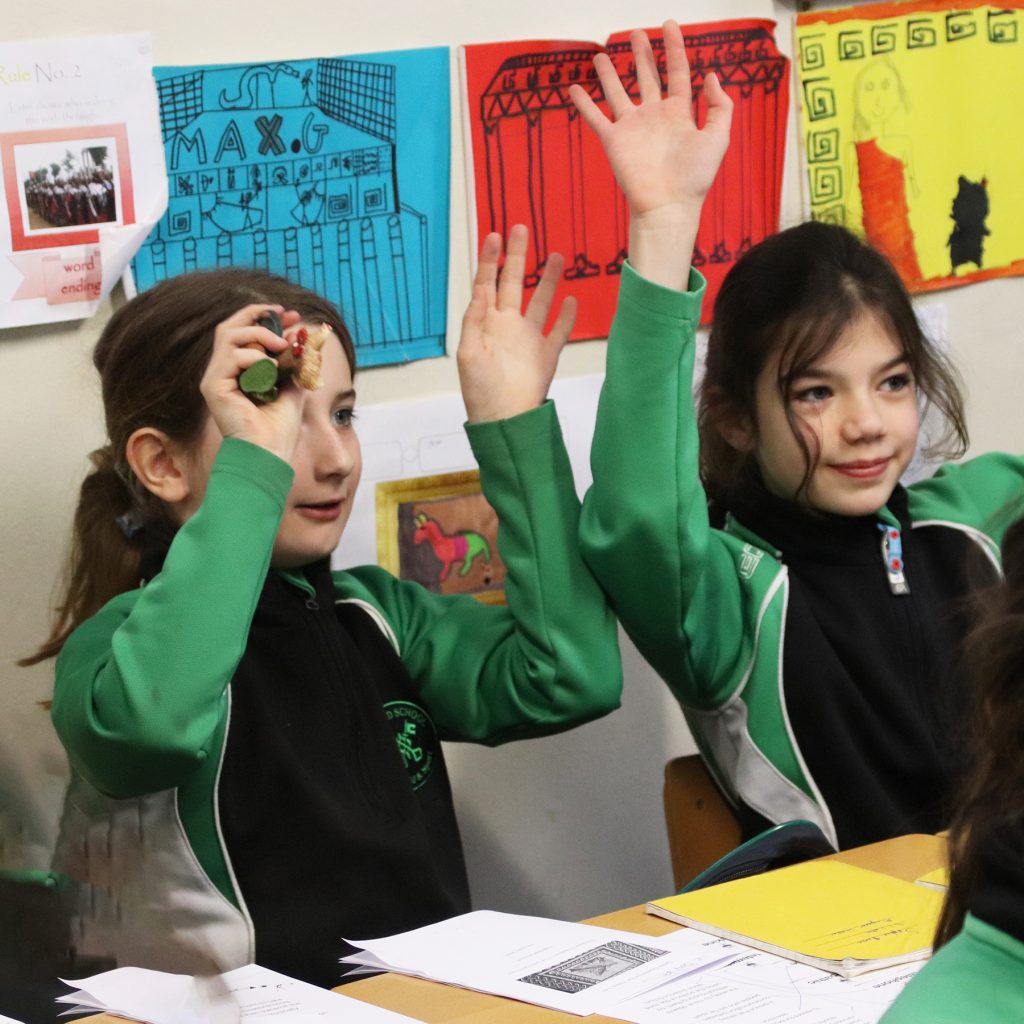 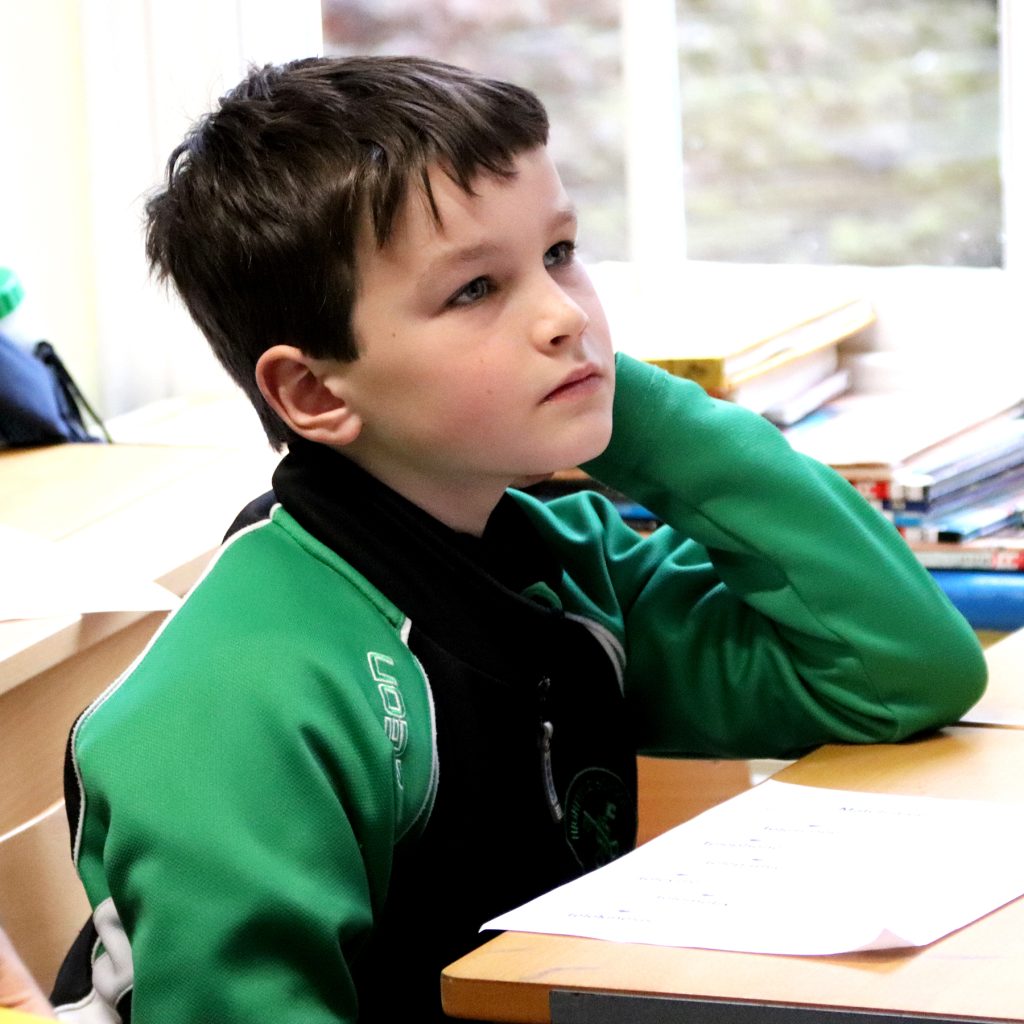 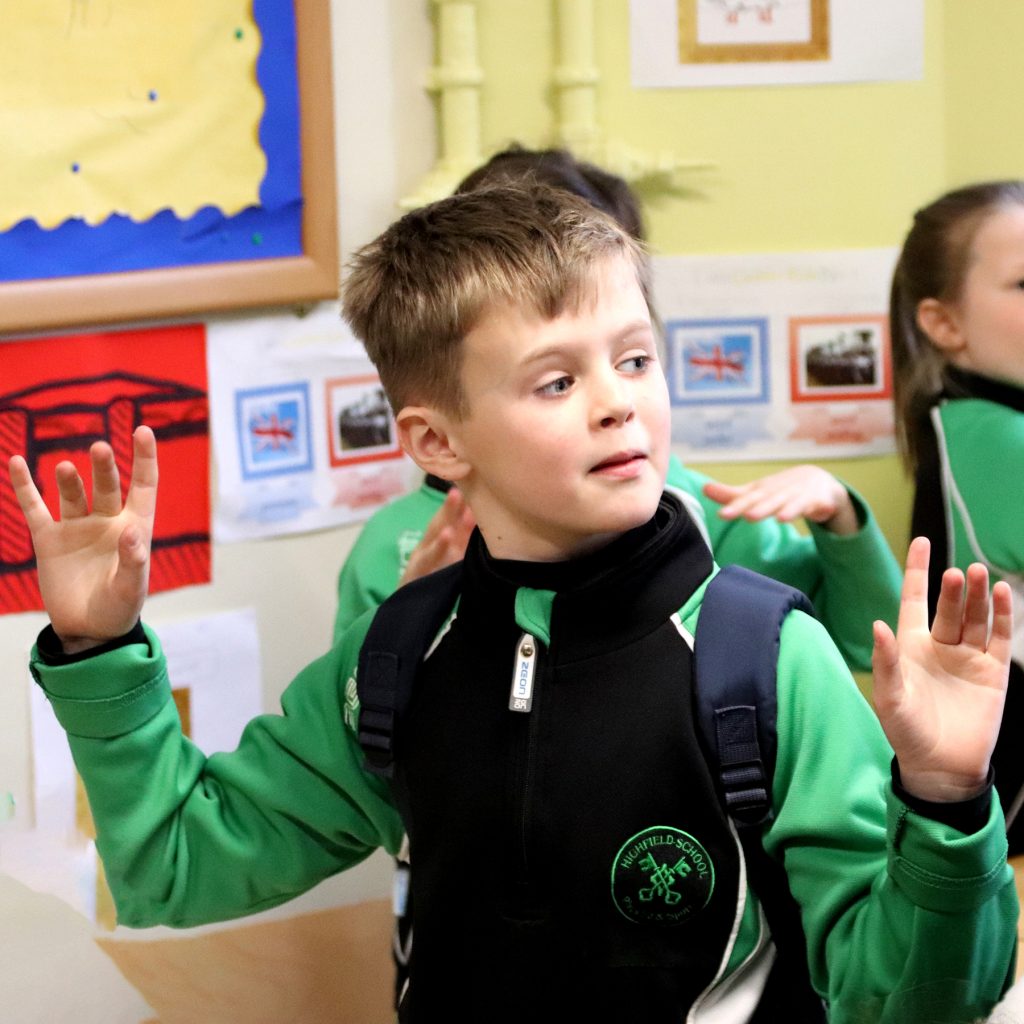 Year 5 continued their look at words which entered the English language via Greek and Latin. The word of the week this week was the Greek word ‘tele’ meaning ‘from a distance’. After calling on their memory skills to match up words and definitions and getting creative by drawing pictures in answer to specific questions, things got physical for the children as they cleverly used movement to help them remember different words, using actions to demonstrate answers having worked out that ‘telephone’ involves casting the ‘phone’ (Greek for ‘voice’) across a distance, ‘telepathy’ involves casting ‘pathy’ (Greek for ‘feelings’) across the same distance, and ‘television’ involves throwing ‘vision’ (Latin for ‘seeing’.) Seeing was certainly believing as Year 5 impressed me with their vocabulary and memory skills. 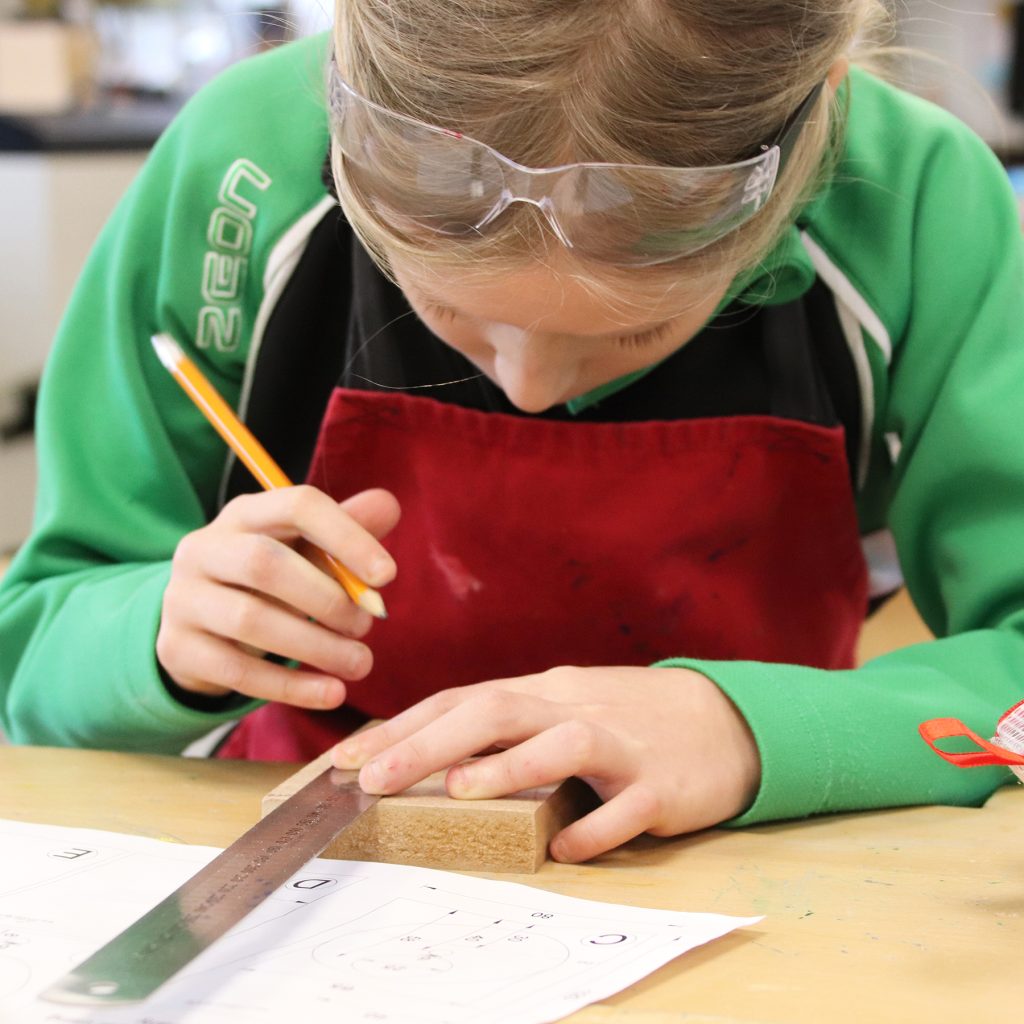 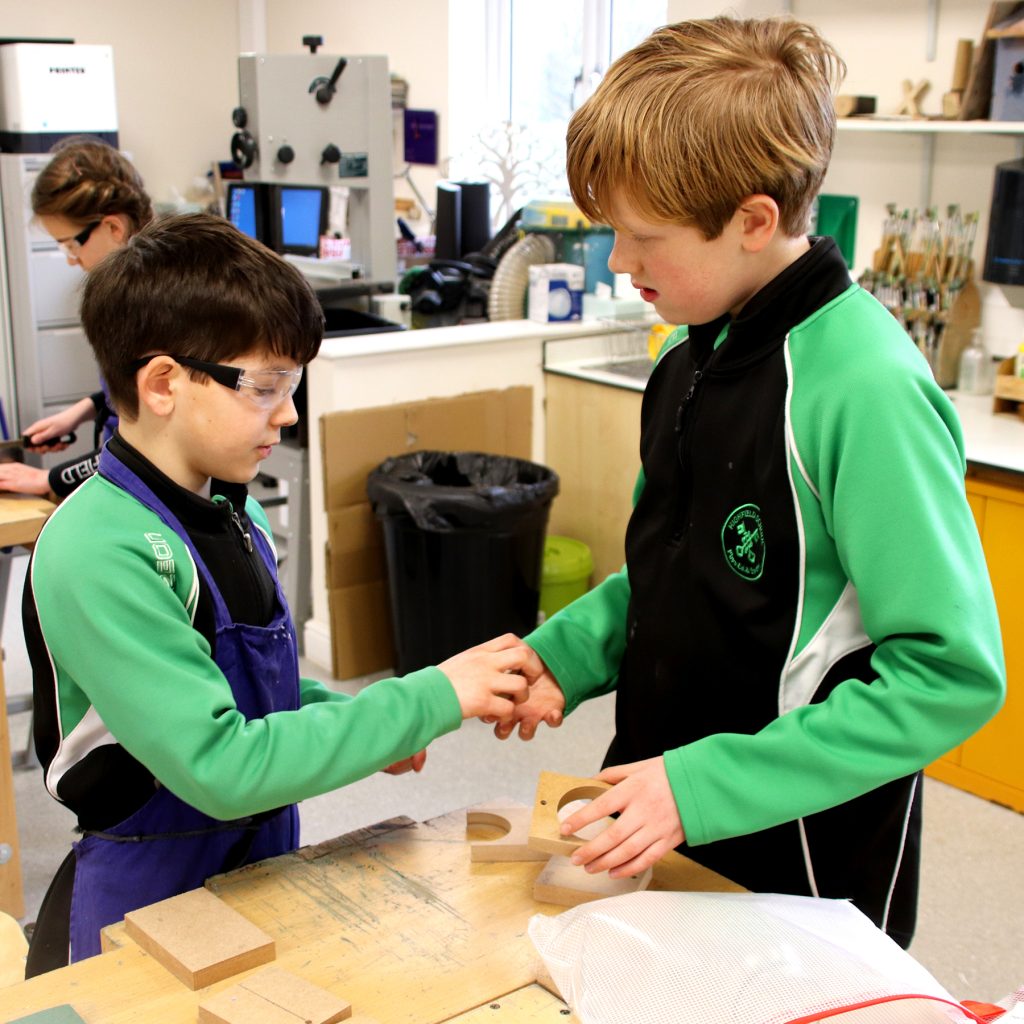 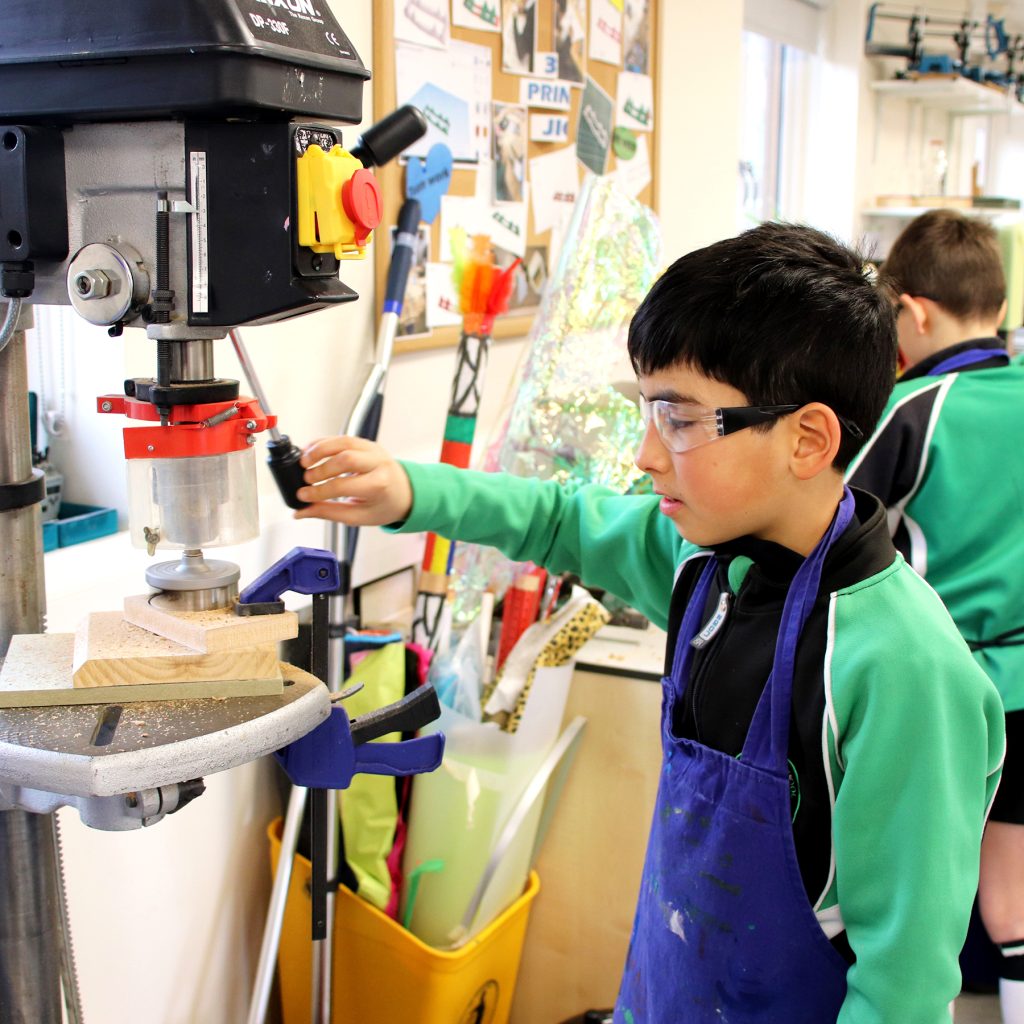 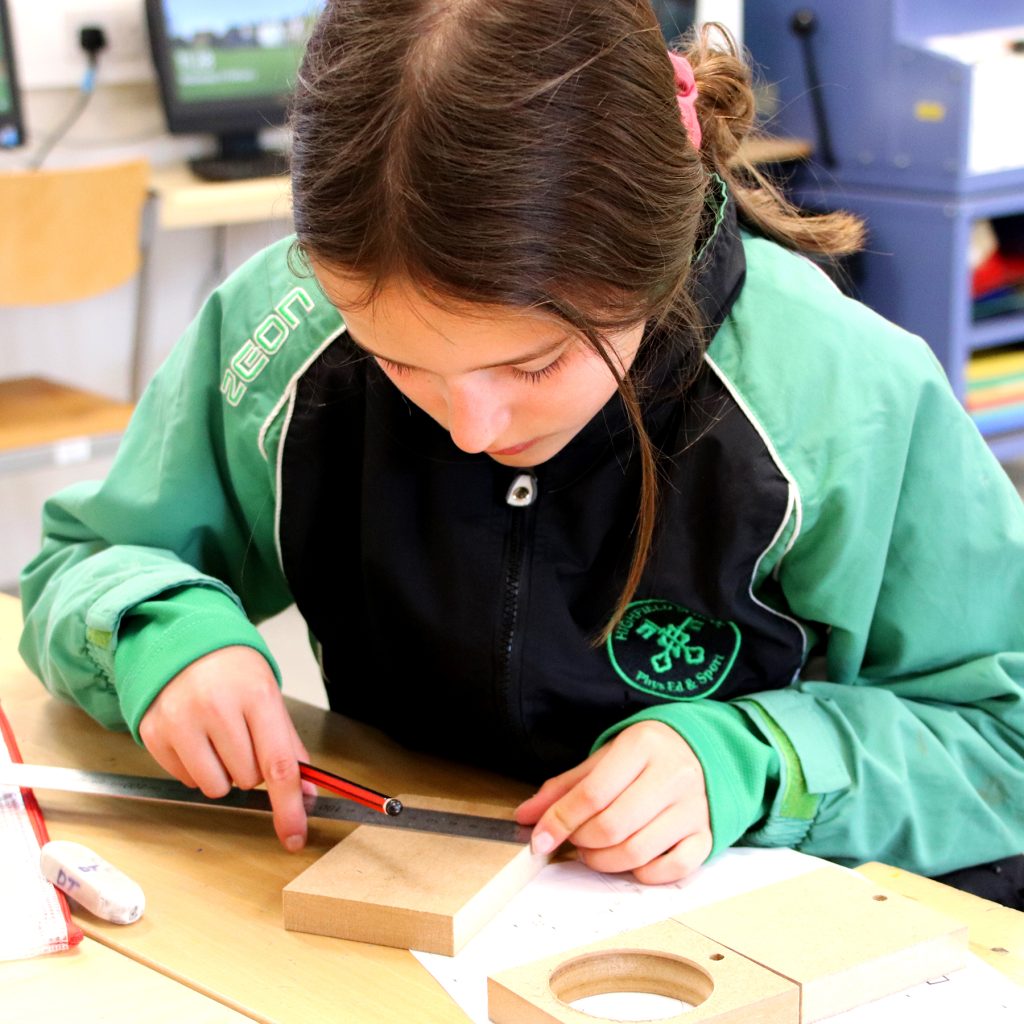 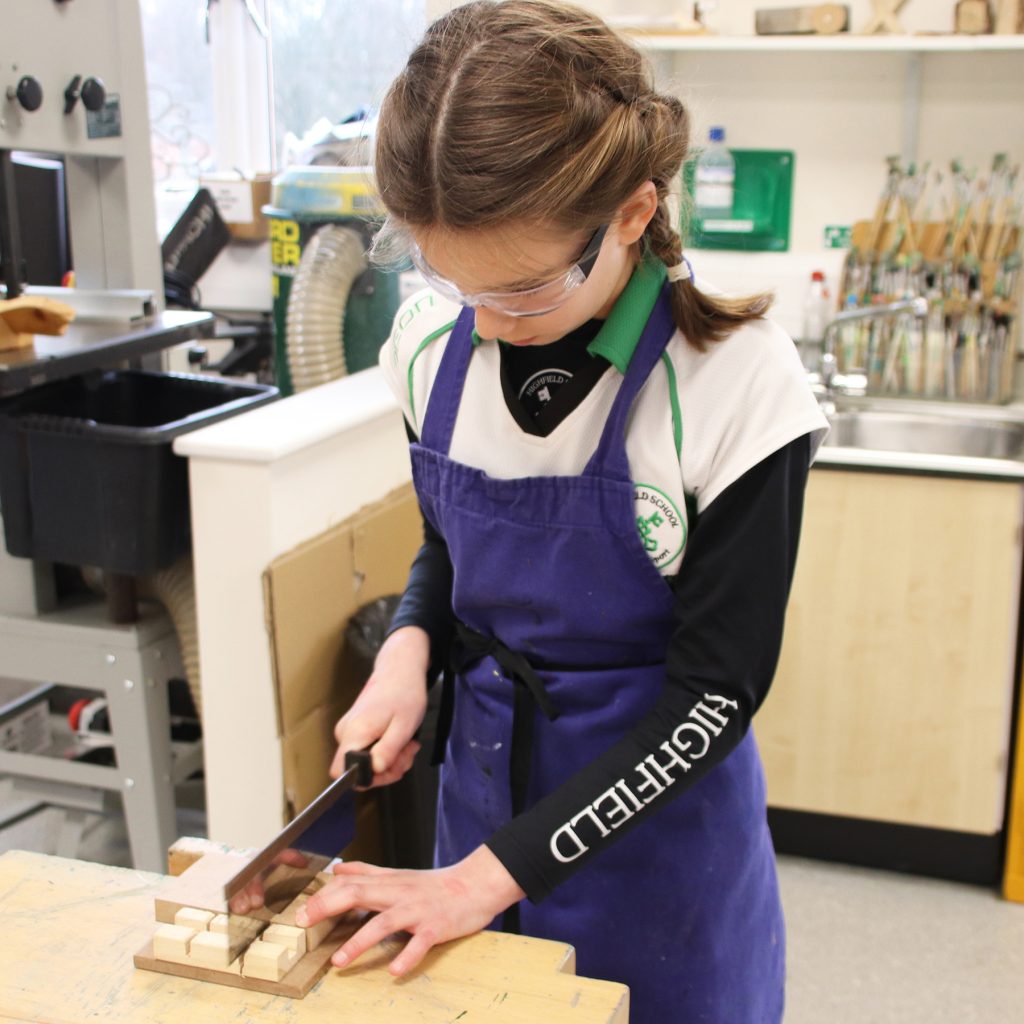 Industrious Year 6 continue their Design Technology project which is centred upon mechanisms, ergonomics and geometric patterns. Using an array of key tools and exploring motion which results from their work, the young designers are currently working on building sweet or gumball dispensers out of MDF, a man-made wood free of natural defects. Year 6 are working with pillar drills, hole saws, Forstner drill bits, back saws and twist drill bits to manufacture the dispensers before decorating them with a geometric decoupage pattern. They will then make and add a 3D printed sweet catch/bowl. During the course of using their tools on this sweet project, the children have discovered linear motion, which is simply motion in a straight line, rotary motion (the motion around the circumference of a circle), oscillating motion (which swings from side to side like a pendulum) and reciprocating motion (continuous linear motion and reversing in a straight line, such as a piston). The children display great awareness during their creative work, ensuring that all tools and machinery are used safely and correctly. 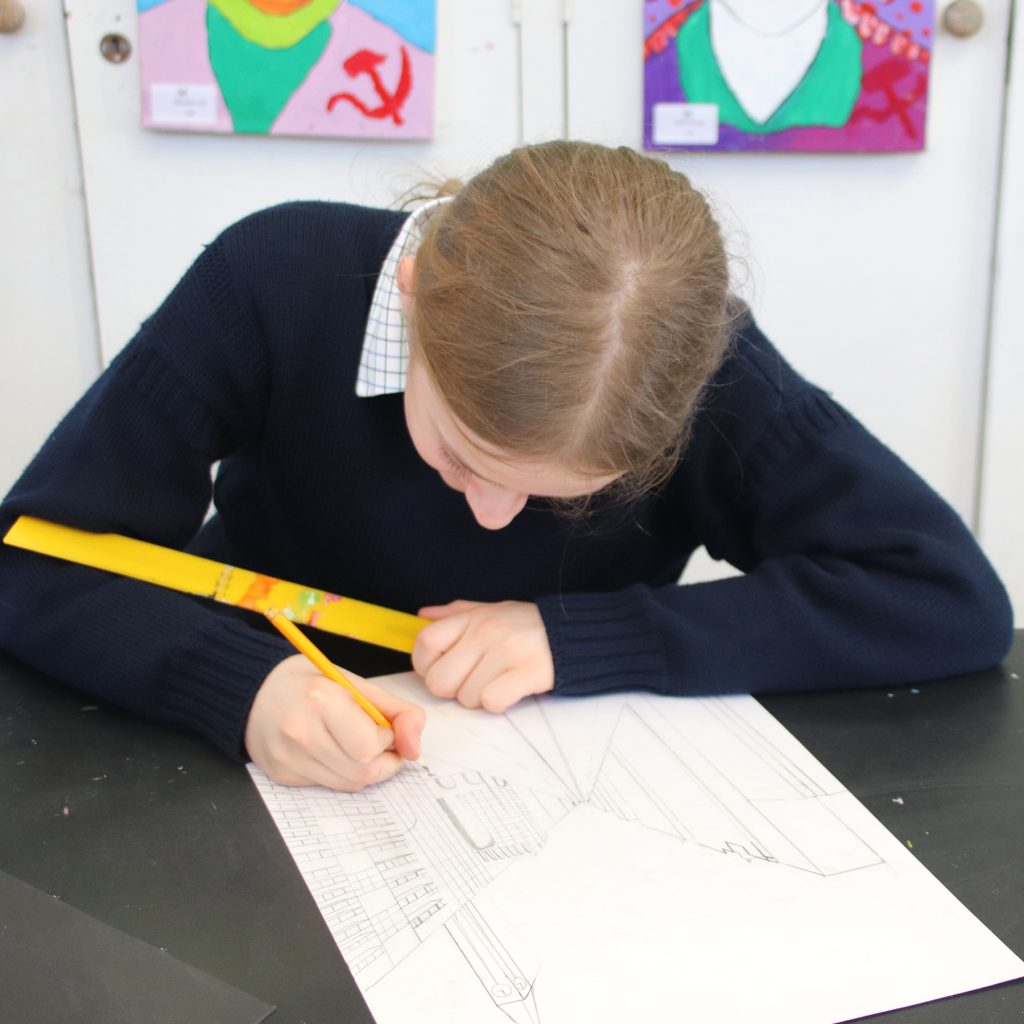 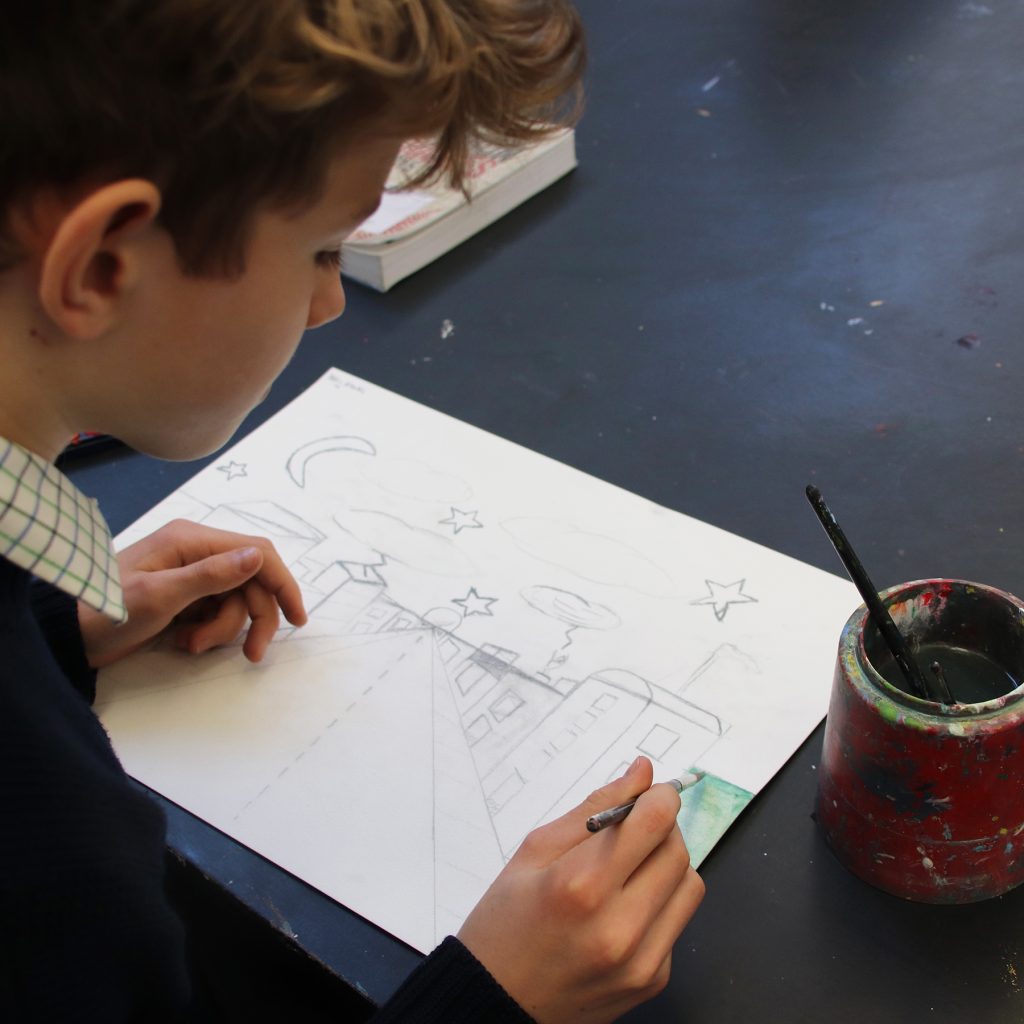 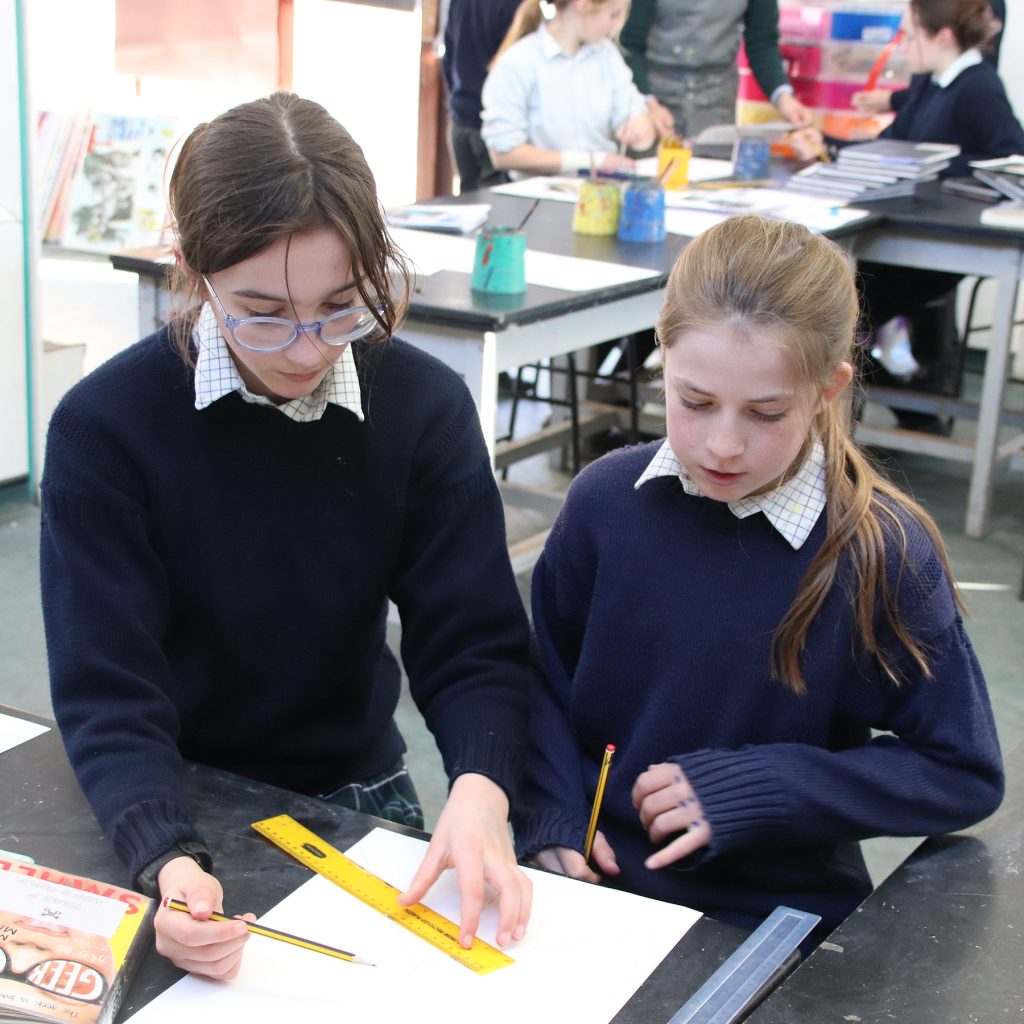 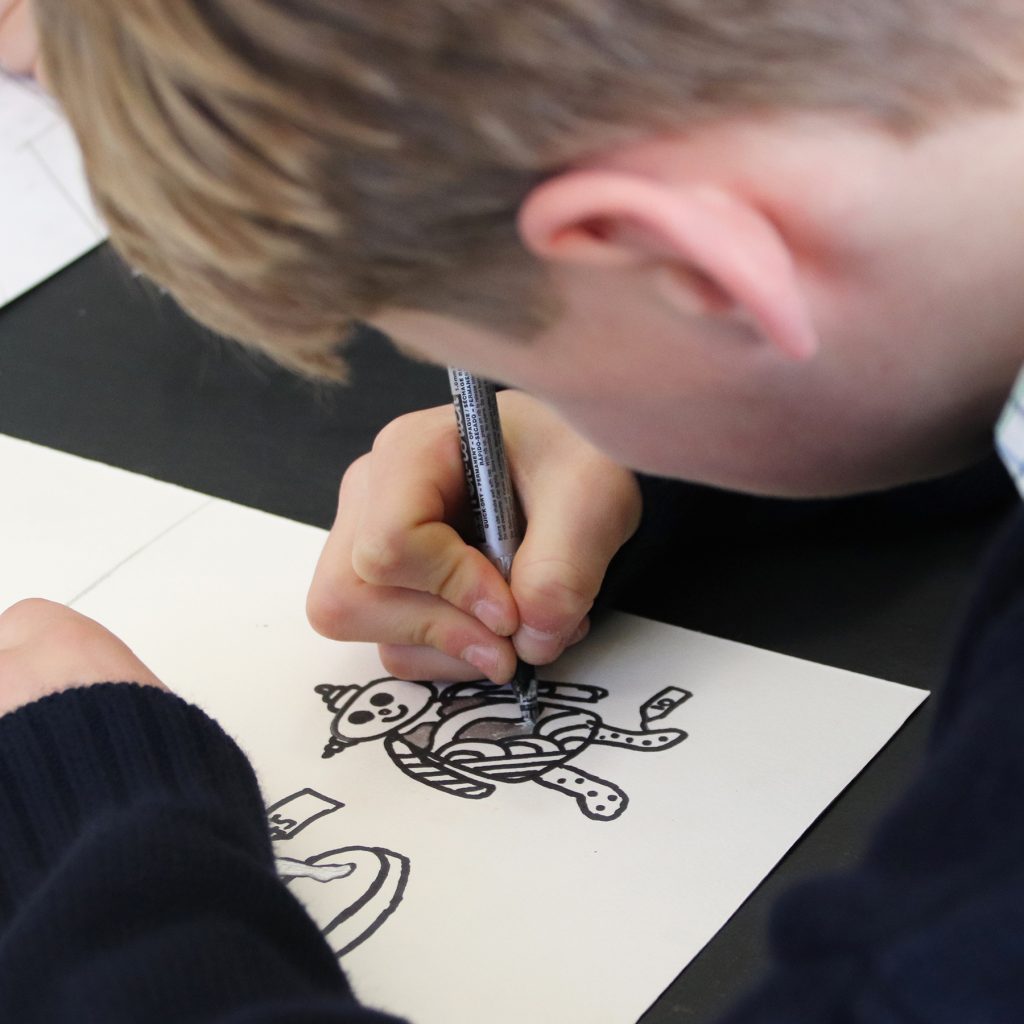 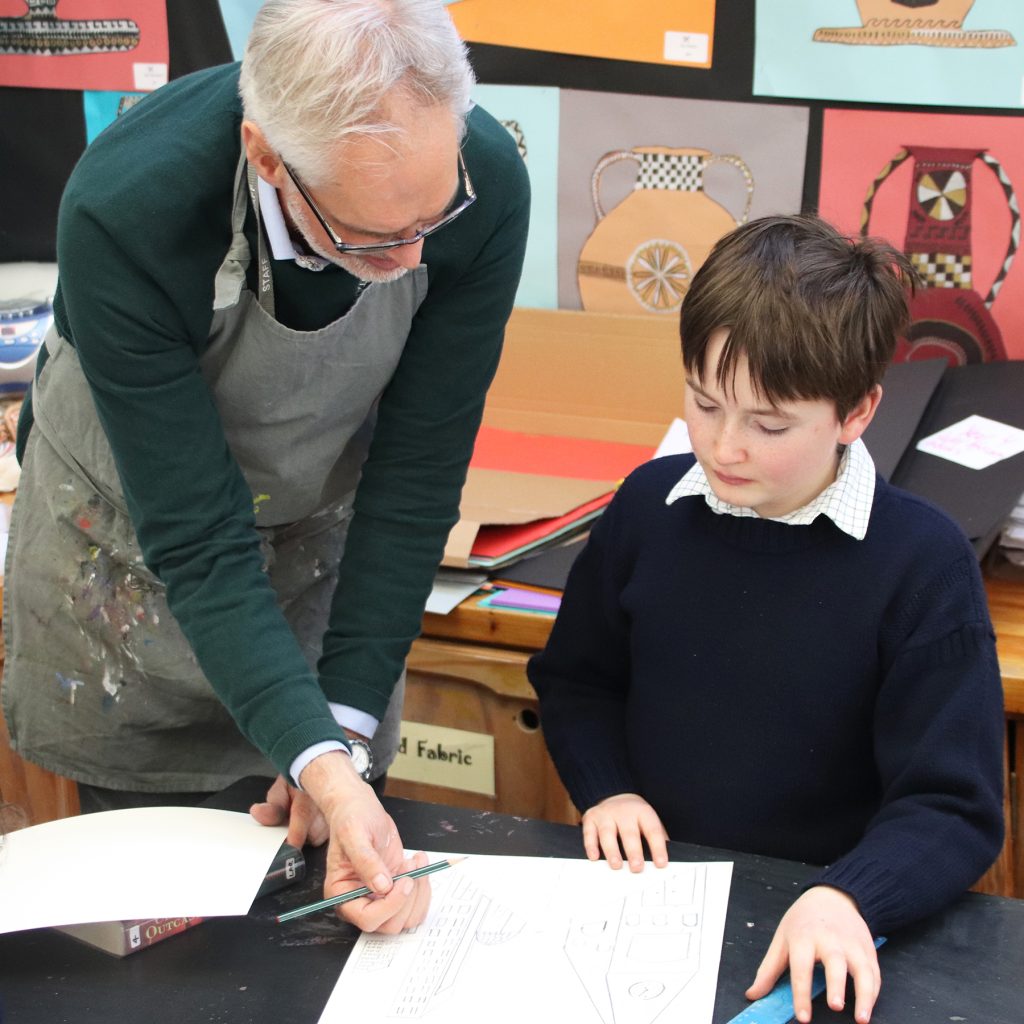 Inspired by Metaphysical artist Giorgio De Chirico, Year 7 have been creating surreal urban scenes this week. Italian De Chirico was a leading light in the Metaphysical Art movement, cleverly using images designed to convey a sense of mystery. Such enigmatic, dreamlike imagery is typically marked by unreal lighting, impossible linear perspective and strange symbolist iconography. The young artists were tasked with researching and drawing city scenes using a one-point perspective, a method which shows how things appear to get smaller as they get further away, culminating in a single vanishing point on the horizon. It’s a trusted way of drawing objects upon a flat piece of paper so that they look three-dimensional and realistic. Once the drawing was complete, Year 7 painted their scenes in watercolour to create eerie and spookily unpopulated urban environments. There are some really promising pieces evolving in this class and we are excited to see the completed paintings. 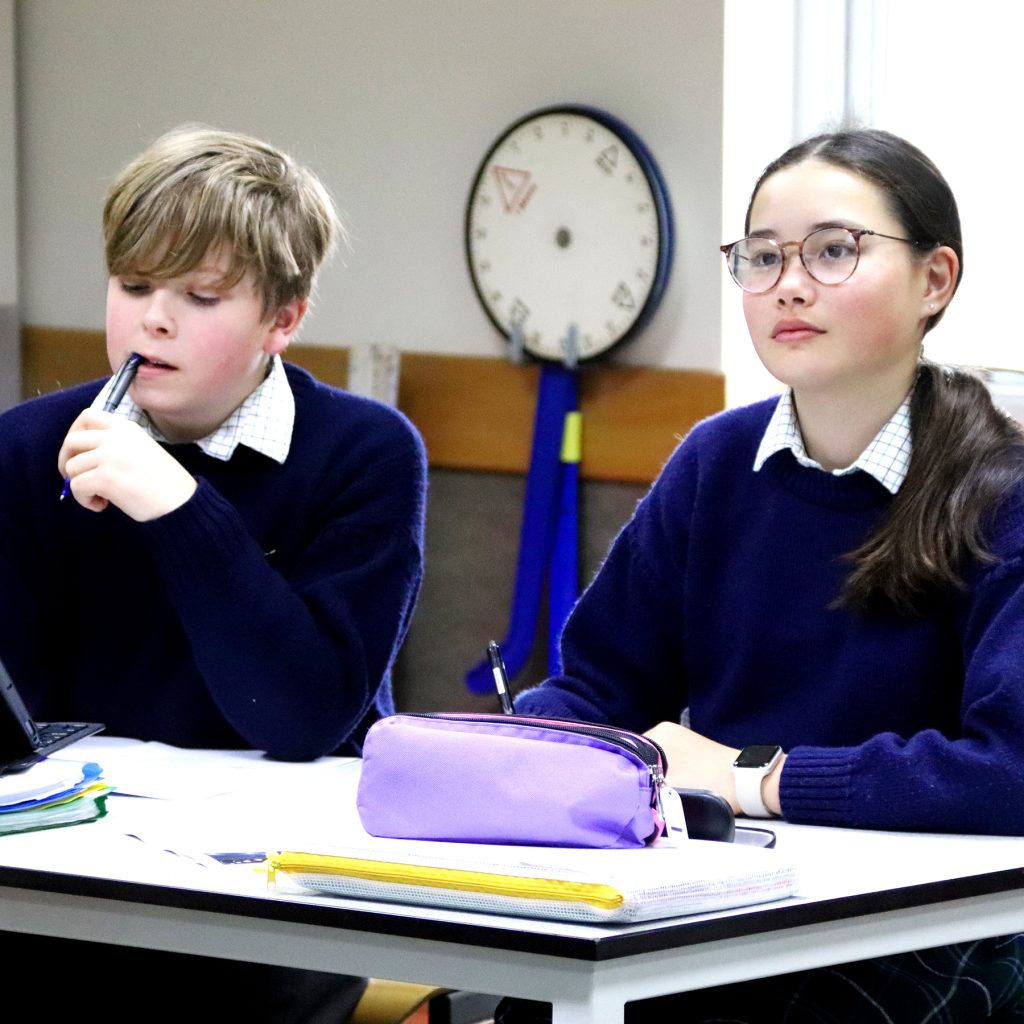 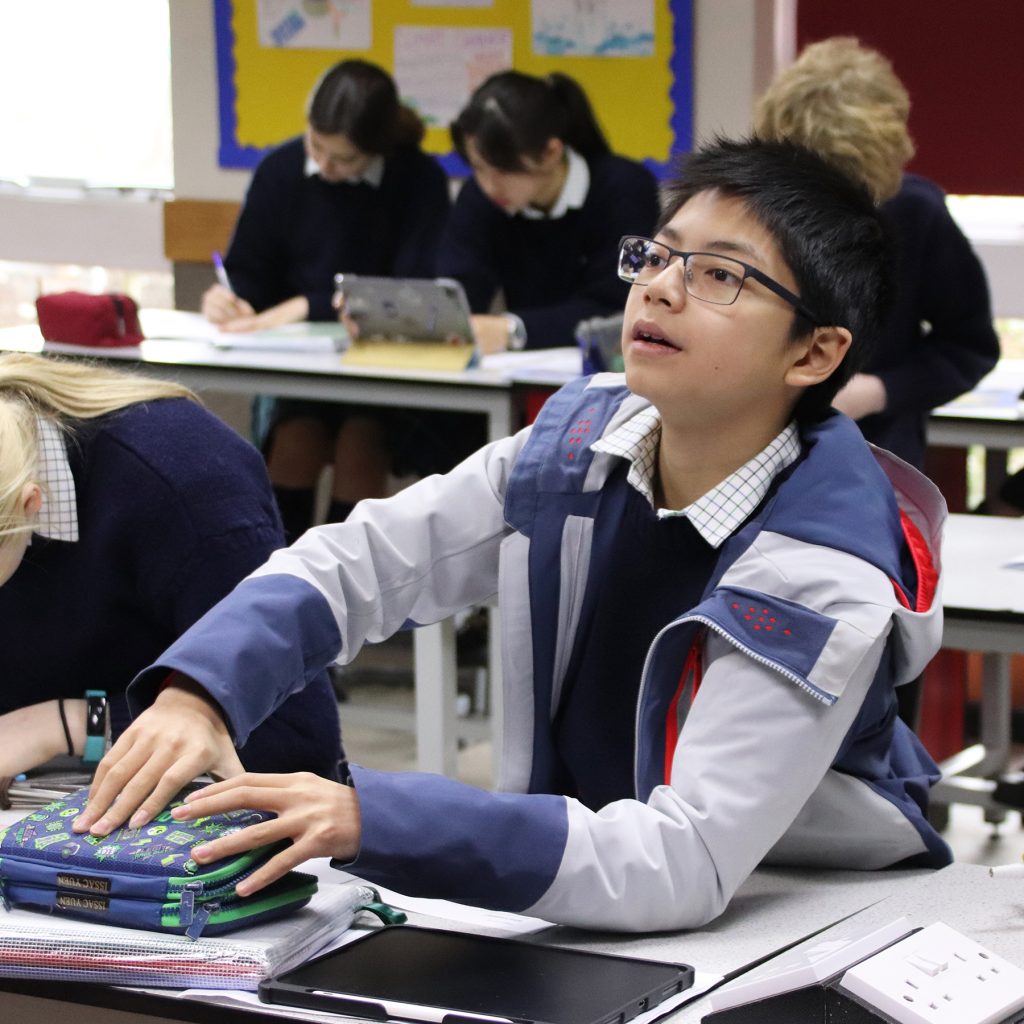 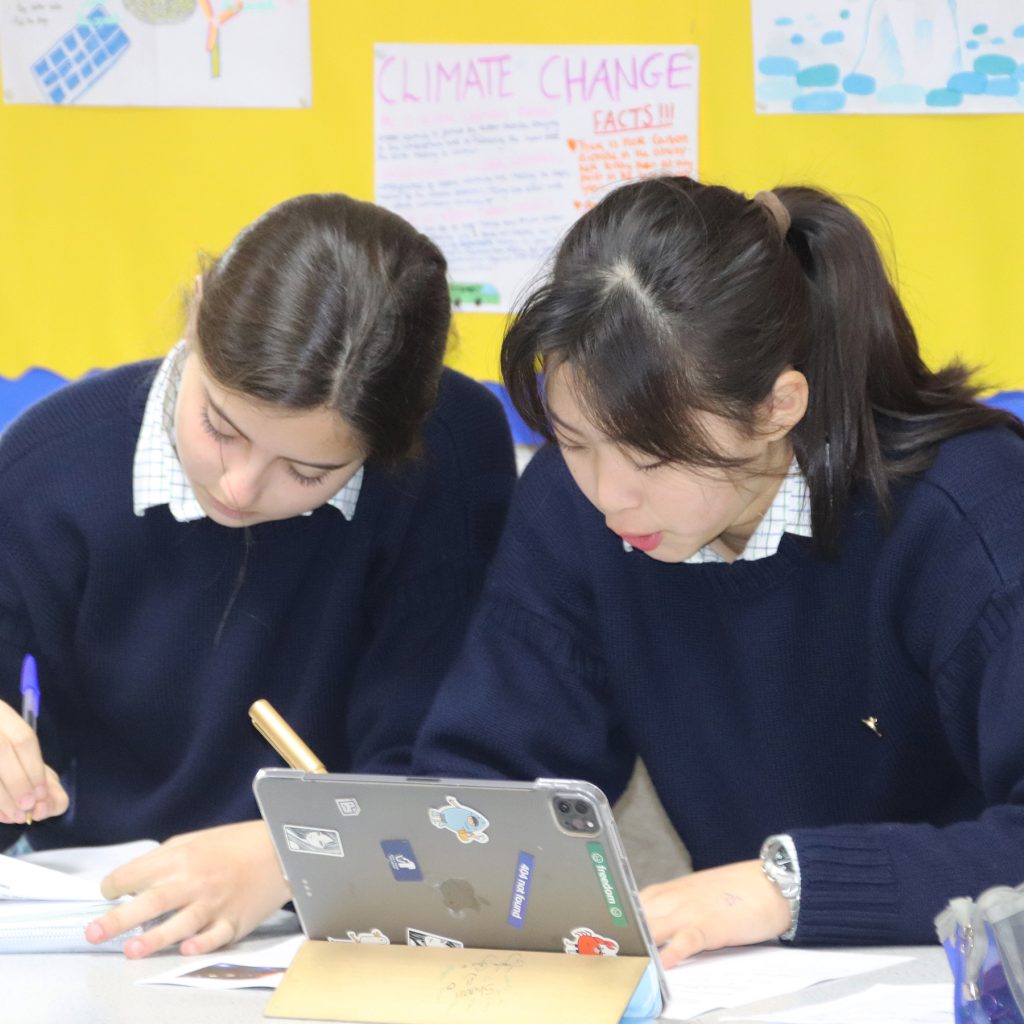 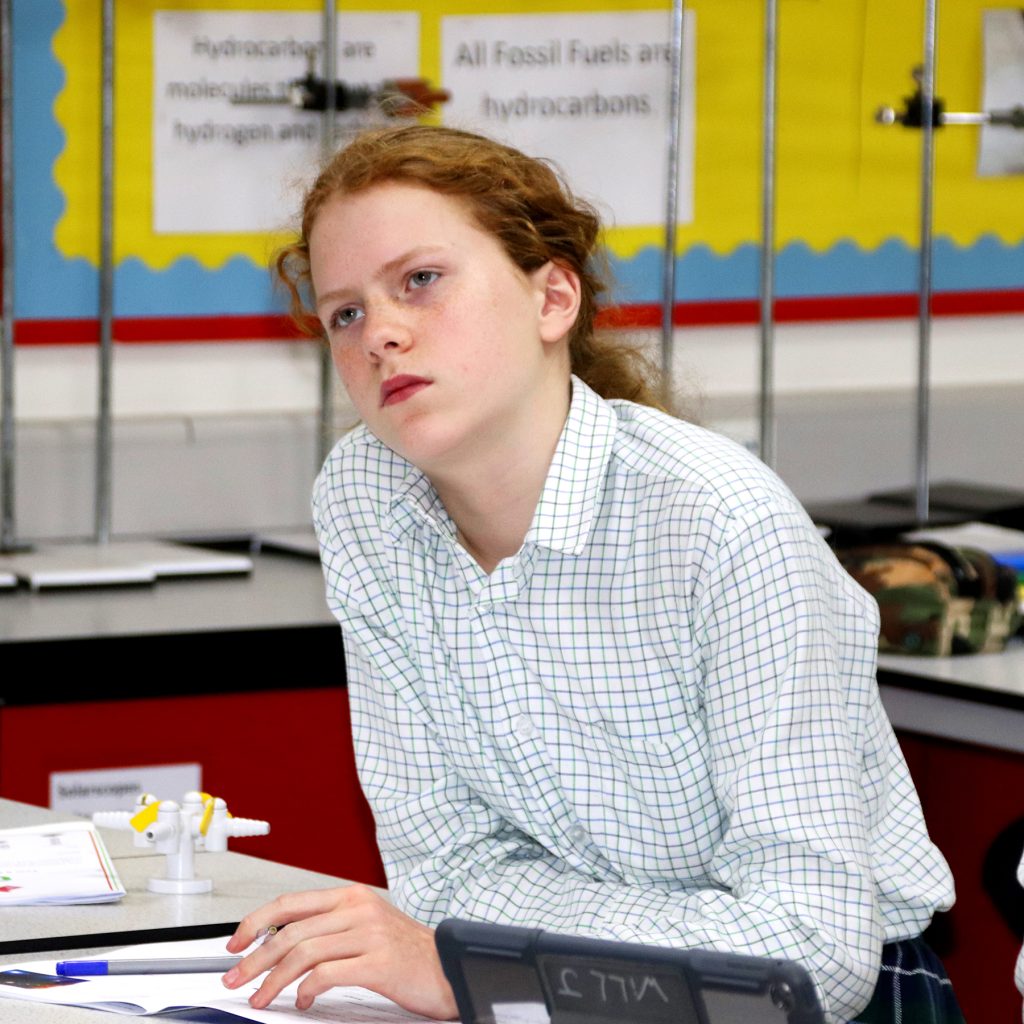 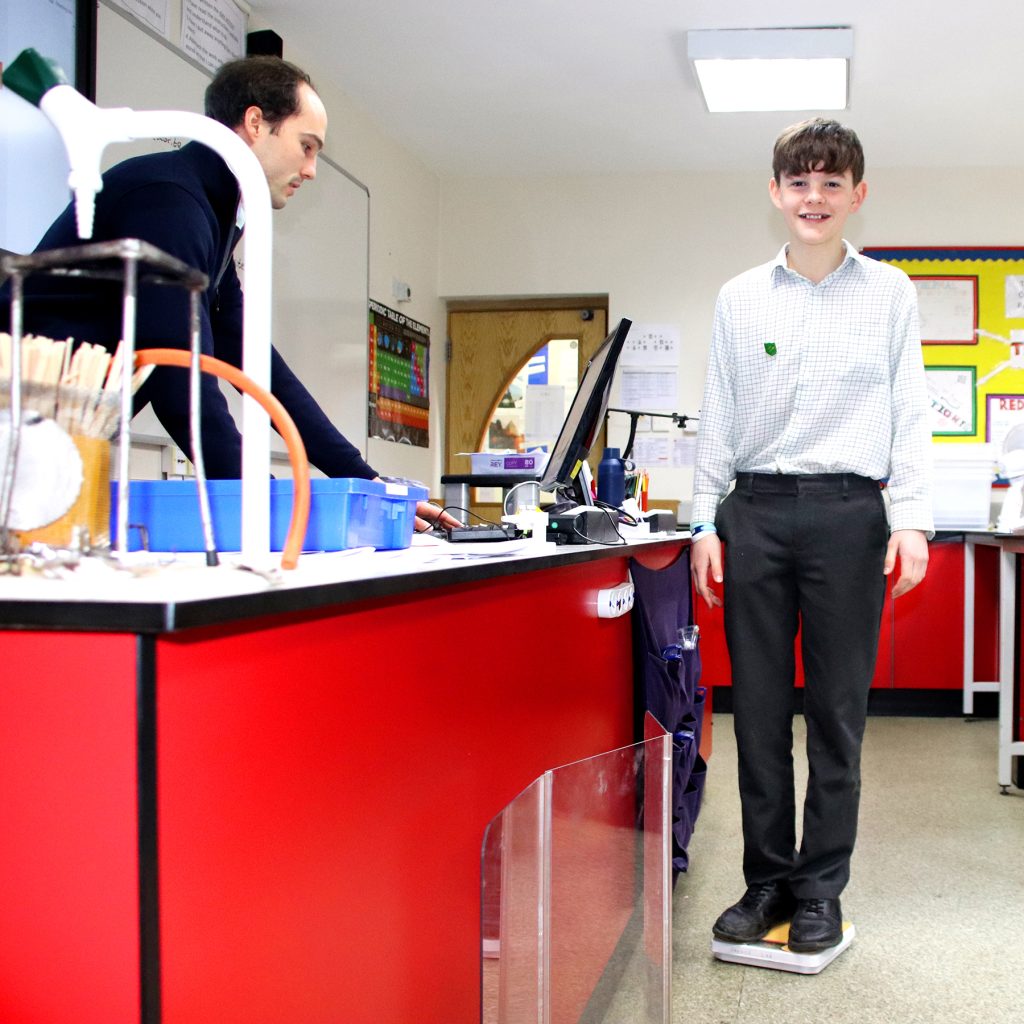 Year 8 have just started their new topic on Earth and Space. In this week’s first lesson they looked at what is in space with an interesting discussion on dark matter. They talked about all the different celestial bodies in space, the relative sizes of them and how gravity is so important in keeping them in orbit. They then looked at exactly what mass and weight are and how they differ. The children all found it very interesting that our mass doesn’t change but, depending on where you are, your weight does. This all depends on the gravitational field strength of the object. For example, you would weigh six times less on the moon than on Earth. The children then worked carefully in pairs to measure their mass on a balance scale and worked out their respective weights on all of the planets in our Solar System. Next, Year 8 will be moving onto how we get day and night, and looking closely at the seasons, eclipses, what a year is and why this changes for each planet. They have also been tasked to do research ahead of a debate on whether space missions are worth the money or not.